Is Military Service The Key To College + Career Readiness? - My #VibeEdu @VibeIsrael Tour

This is just one in a series of ongoing posts on the educational innovations in Israel. You can see additional coverage here.

In the United States, youth have become what school critics like John Taylor Gatto refer to as infantilized. Their days and activities are structured by what adults tell them to do. They view their work as disconnected from them, having little relevance or meaning in their lives.

In many cases they are right. Their responsibility is to hand in work that most of the time an adult told them to do. Their final accomplishment is represented not by a body of work that is meaningful to them and shared with with others; instead, it is represented by a one-page transcript that encapsulates years of testing, assessing, and work that was “turned in.” This work has no real audience and almost never sees the light of day beyond the classroom or school.

While in school, these students have little responsibility beyond themselves, and have only limited control over where they go and what they do. Unlike previous generations, the percentage of employed teens has declined significantly from about 36% in the 90s to about 16% today for high school students and from about 60% in the 90s to about 47% today (Source: Child Trends Data Bank). Students move from the doors of high school to those of college where their first two years are usually prescribed. Majors are often chosen without much contact with what the course of study entails, and without meaningful experience that could help them make an informed decision.

About half of those who enter college exit without a degree. Of the half of those dumped out on the other end are unemployed or underemployed.  Those who graduate often don’t pursue careers related to their field studied in college. Those who do generally assimilate to the company culture operating as they have their whole lives. They do what they are told, how they are told to do it, when they are told it should be done, moving to and from their cubes under florescent lights. They go through the motions, unfulfilled. Just another cog in the machine.

To remedy this it is not uncommon for the unemployed, underemployed, and unfulfilled to go back to school. This makes sense, as many professions that previously required only a bachelor’s degree, now require advanced study. This extends the dependency of young people on school well into what had traditionally been early adult life. Individuals are prevented from taking up their own important work until a relatively advanced age. As a result, what we regard as adult maturity and independent life happens late. This affects schools little as they are not usually reviewed based on student employment. It affects students as potential candidates though. Back in the workforce, employers are left looking at candidates without much meaningful experience and little to show for all the time they’ve spent under a school’s umbrella. Employment rates for graduates is one concern. Finding work that is fulfilling is another. (Sources: Washington Post, Inside Higher Ed, Money, USA Today)

Does any of this sound familiar?

What if there was a way to change this scenario? 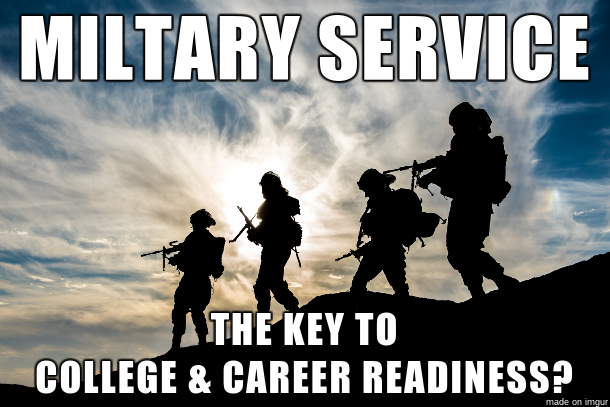